Published by Chris Oestereich on November 22, 2017

Branko Milanovic recently published a post that tackles the idea of degrowth (an idea I favor) head on. He’s one of my favorite economic thinkers, who has spent years focusing on the topic of inequality, long before it became a topic of broad interest. That, and the fact that I find him to be incredibly forthright, all combine to help me hold him in high esteem. But I see this from a different perspective and thought it deserved a response.

Dr. Milanovic starts out by suggesting the idea of fixing global GDP without doing any redistribution. As one person he discussed this with noted, this would be a wholly unacceptable situation for degrowthers. (And I’d call it stasis instead of degrowth.)

Here I’d like to point out what I see as an important distinction. The degrowthers I know don’t care much about GDP. We care about outcomes in the physical world. What’s happening with the CO2 parts per million in the atmosphere? If you get that going back down towards 300 (all else being equal), I’ll probably be a lot less concerned about capping GDP. 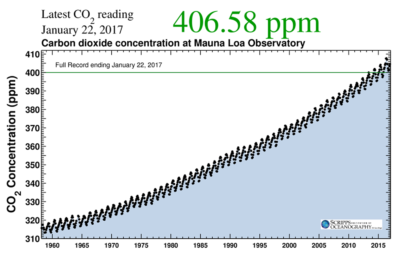 From there he jumps into a couple of scenarios which might greatly reduce global inequality. The first posits the idea of raising average global incomes to about $14,600 per person per year, which would drive GDP up roughly 2.7x. Given our current circumstances, this would obviously be highly destructive from an environmental perspective, so I think it’s safe to reject the idea out of hand (as he does).

The next bit is where it starts getting interesting.

Let us suppose next that we let everybody reach only the income level that is slightly higher than the Western 10th percentile, exactly that of the 13th Western percentile ($5,500 per person per year). Now, by a “lucky accident”, Western 13th percentile coincides with the global mean income, which is at the 73rd global percentile. We could bring up all the bottom 72 percent, but we also have to reduce incomes of everybody above so that the entire world lives at the global mean.

In this case, the bottom 72% of earners globally would be brought up to an income equal to those at the 73rd global percentile (a good start from a livelihood perspective for them), but those earning more than that would have their incomes reduced to the same level. On average, those in the “global top 27% (those with incomes above the global mean)” would have their incomes cut by an average of almost two-thirds. The farther you were above the pivot, the harder you’d fall as we all regressed to the new mean.

Dr. Milanovic suggests that the effect of this would be the immiseration of the West as those who have had it good would have to learn to deal with the new average.

I agree with his perspective and I think we could take it a step further. What might be really immiserating (and fair) would be to have everyone swap places with their reciprocal percentile incomes at the start and then slowly regress to the new mean from those new positions in a sort of global income reparations program. (Yes. It’s a ridiculous idea, but it’s nice to dream, especially in a week when we’re hearing about people who believe they need $190 million to survive as a”hypothetical, wealthy, non-working couple in their 40s with two teenage kids in an expensive private school in New York City.”) And yes, I’d be first in line to take delight in their immiseration, but I digress…

Dr. Milanovic then goes into the potential costs of that shift in GDP in terms of production.

Factories, trains, airports, schools would work one-third of their normal time; electricity, heating and hot water would be available for 8 hours a day; cars may be driven one day out of three; we would work only 13 hours per week (to make Keynes happy to have guessed correctly in his “Economic possibilities for our grandchildren”) etc.—all in order to produce only a third as many goods and services that the West is producing now.

To me, this is a matter of how much productivity is actually productive, and whether the cuts would be even across all manner of production, or would we weight things towards necessities? And this is also where the question of technological advances comes in. If we become more efficient with our resource use, then we might end up in a more with less scenario that allowed us to have collectively better lives, while still cutting away at the environmental challenges we’re currently fostering. I hope this is eventually possible.

Dr. Milanovic then challenges the possibility of making such a transition to a world of full equality. I’ve no bones to pick with that idea in specific as the idea of perfect equality seems ridiculous both from the perspective of it being such a far cry from our current circumstances, as well as a virtual impossibility from one of practical application, even if every human being alive wanted to make it happen. And he then discusses the benefits of squeezing everyone down to the current global 13th percentile as wealthier people consume more resources, so their loss would be the planet’s gain. No argument here.

The Possible and the Necessary

Dr. Milanovic closes his post by calling such degrowth a non-starter politically, which I agree is true in the current context. But if what’s necessary is not currently in the Overton Window, it’s time to get out our sledgehammers.

Obviously, we need to think about how new technologies can be harnessed to make the world more environment-friendly. But degrowing is not the way to go.

As I mentioned above, I’m all for harnessing technology to help mitigate these challenges, and I believe it will, but we’re not there yet. In early November, over 15,000 scientists signed off on a worrisome report on environmental issues, where they noted:

Humanity has failed to make sufficient progress in generally solving these foreseen environmental challenges, and alarmingly, most of them are getting far worse.”

To me, this is the key point of contention. If you look at the world through a socioeconomic lens, I assume your first thought is to improve the lives that are being left behind by the global economy. This is an honorable perspective that’s close to my heart. But if your primary lens is socio-environmental, you’re more likely to see this as an all hands on deck moment wherein we all have to pull together to save the planet before our efforts to improve the lives of the many end up going for naught.

This perspective – my perspective – may be overwrought. The planet is an enormous, complex system of which we have a far from complete understanding. We don’t know exactly what’s going to happen regardless of what we do or don’t do to mitigate climate change. But I think we know enough to be in panic mode and moving to a wartime mobilization against the challenge. As the recent report noted, we’re nowhere near that necessary response. Hence the need for degrowth. Once we start down that path, we might be able to loosen our belts as we learn more.

Dr. Milanovic suggests that degrowth is an illusion, but I think it’s the other way around. I dearly want to improve the lives of the many, but I think we have to do so in a way that ensures a future for all.