Give Me Betterness, or Give Me Death!

n.  The quality of being better or superior; superiority.

I have often thought that the best way to define a man’s character would be to seek out the particular mental or moral attitude in which, when it came upon him, he felt himself most deeply and intensively active and alive. At such moments, there is a voice inside which speaks and says, ‘This is the realme.’ —William James 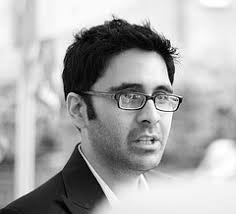 I just finished reading “Betterness,” the latest offering from  Umair Haque (Twitter: @umairh), HBR Blogger, Director of the Havas Media Lab and founder of Bubblegeneration.  The book is a lighting bolt of clarity aimed at the minds of  those who are fed up with the status quo.

Betterness shows us that the stagnant economy following our latest financial crisis is just the tip of the iceberg.  Things have been headed south for a while and Umair pairs facts with reason to show us the extent of our woes.  Fortunately, he has a few ideas about how we might start creating a better future.

A central tenet of the book is the idea that GDP is a poor indicator of societal welfare.  The concept of GDP shows the potential for our financial welfare, but gives no indicator of the distribution of benefits.  It also ignores a number of other important factors (Most of which, you’ll have to read the book to learn of…), including one that’s close to my heart, natural capital.  It’s nice to see someone tip the cap to ecosystem services, without which, we wouldn’t be here.  (Note to Umair: I suggest changing the formula to “N x (…)” instead of “N + …” as taking N to zero would then take the value of the equation to zero.)

Betterness is only available as an eBook, and it’s fairly short (Under 100 pages), so there’s no reason you can’t pick it up today and knock it out over the weekend.  The book is only $3, so there’s no excuse for not getting it.  I leave you with a quote from the book, the links to pick up a copy, a related song and well it sort of devolves from there…

Once you’ve read Betterness, please come back and share your thoughts.  As always, thanks for stopping by!

Destroying the Common Wealth is easy, abundant and cheap.  It is what the vast majority of organizations do.  Enhancing it, in contrast is the scarcest, rarest, and single most disruptive capability an organization can possess. -Umair Haque

A society grows great when old men plant trees whose shade they know they shall never sit in. –Greek proverb

I’ll add, societies grow poor when old men cut down trees knowing they’ll be gone when there’s no shade left to sit in.

One more?  Why not.  Here’s Jeff Tweedy, formerly of Uncle Tupelo and now of Wilco, talking about the joy he experiences being of service to others as the front man in a rock band.  It felt in step.