We must be doing something wrong. We say we prize engagement (why wouldn’t we?), but we don’t do a good job of achieving it. The alarm goes off. We hit snooze and bury our heads. It goes off again (ugh). We throttle the vile machine, drag ourselves out of bed and Read more…

By Chris Oestereich, 6 years6 years ago

Are you being commoditized?

Are you being commoditized? The nature of work is evolving and we must respond by changing the way in which we approach our careers. Failing to react to these circumstances is choosing to acceptance the consequences. Discounting the forces which drive them is either an act of willful ignorance or Read more…

By Chris Oestereich, 6 years6 years ago 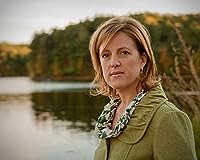 The Thinkers50 award can help those who are looking to drive positive change.  With that in mind, I’d like to try to convince you to cast ballots for both of Nilofer and Whitney.  Both of them are accomplished authors with popular books to their credit (Whitney / Nilofer)  as well as being regular contributors on the HBR blogs (Nilofer / Whitney).  They’re also both business leaders with successful track records, which many of our revered thinkers lack. END_OF_DOCUMENT_TOKEN_TO_BE_REPLACED

By Chris Oestereich, 7 years7 years ago

Are You Ready For the Social Era?

Go ahead. Dig in your heels. Shove your head in the sand. Keep telling yourself that the good old days are still here. It’s your call. But when the unstoppable force hits what you think to be an immovable object, perception will be upended by reality in a none to flattering way. In other words, shit will hit fans, asses will find slings. While you were busy managing your workforce the pendulum swung.

By costrike, 8 years6 years ago